Building a WireGuard Jail with the FreeBSD's Standard Tools

Recently, I had an opportunity to build a WireGuard jail on a FreeBSD 12.1 host.

As it was really quick and easy to setup and it has been working completely fine for a month, I’d like to share my experience with anyone interested in this topic.

I have achieved my goal by roughly taking the following steps.

As usual, I created a jail’s filesystem from a template ZFS snapshot.

Refer to this article for details on how to create a template. 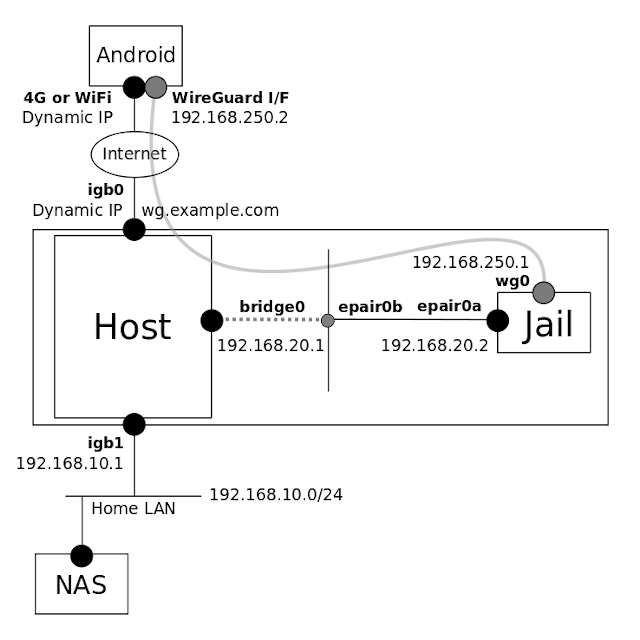 In the above example, I use the bridge so that I can add more jails to the internal subnet in the future, as shown in the following diagram. 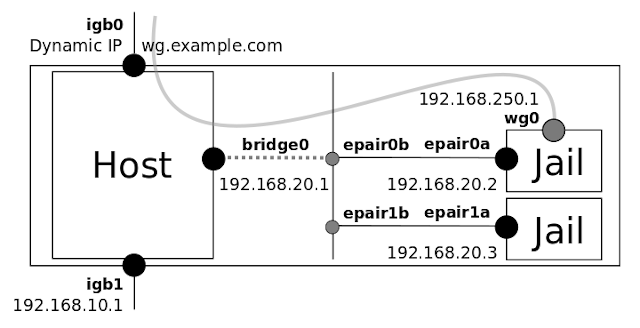 But if you need only a single jail, it’s not necessary to use the bridge.
You can connect the jail to the host directly with the epair by using the following configuration.
With this config, epair0b becomes the host’s third routed interface. 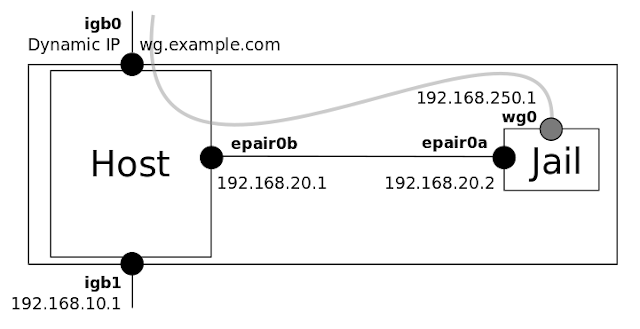 Next I edited /etc/pf.conf to adjust firewall rules for the jail and WireGuard subnets.

On the Jail’s Filesystem

Apply Configurations and Start the Jail

Once the jail configurations on the host and the jail’s filesystem were finished, I ran the following commands to actually build the internal network, reload the firewall rules and start the jail.

Next I used pkg’s -j option to install WireGuard and libqrencode on the jail. The latter will be used for generating a QR code to pass WireGuard configuration to Android device.

Then, finally I logged in to the jail and configured WireGuard. See this article for more details.

On the Android Device